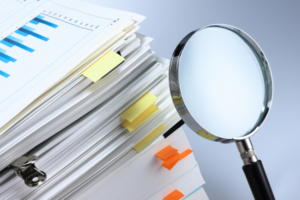 Authorities have reported that a couple has been arrested for pressing fabricated charges in regards to their independently-owned electric company. The company has been penalized for fabricating its personal expenses, and the concerning authorities are further investigating the matter to conclude the case.

Candid Electric specialized in offering electric goods to the marine industry; however, the company directors of the firm have been charged with tax offenses, and they are penalized for their offense in a trial-based court.

While, shady company incorporation or businesses are likely to suppress its income revenue by playing a game of two; Candid Electric took part in understating its generated income by excluding the private expenses incurred by the participants of the case. They failed to include the said private expenditure to the tax returns for Years of Assessment (YAs) from 2006 to 2010. The private expenditure was utilized to spend on designer jewellery and handbags as well as the couple spent the amount on their lavish vacations discreetly.

When it came to trial, one of the accounting firm in Singapore company was penalized under the Section 95 (2)(a) of Income Tax Act, which implied that the couple incurred the tax returns without giving a valid explanation to the authorities. The matter was investigated to the fullest extent of the corporate and tax law, and the guilty participants were asked to pay a fine of $4,000 each along with a penalty of $36,411, an amount is double of the amount hidden from the tax inspectors.

However, these charges weren’t enough to acquit the participants—one of the co-conspirator, Foo, was charged with five numerous charges under Income Tax Act Section 96(1)(b) for tax evasion with full intent. The guilty came forward to the court by claiming that he made false entries in correspondence to the income tax returns of the company, and the fictitious expenses summing up to $929,460. The other guilty participant, Lim, was acquitted with five various charges under Section 96A(1)(a) of the Income Tax Act for preparing fabricated invoices with the intent to spend the incurred amount for private expenses. As a result, the couple was responsible for spending up to $175,545 tax returns for private expenditure.

The outcomes of the payroll services case enabled IRAS to post a warning against tax evasion, and it announced that no business should be responsible for incurring private or fictitious expenses that are foreign to the nature of the business, and these corporate tax services expenditure should be strictly spent from personal savings. Furthermore, IRAS reviewed its non-compliance and tax evasion policies, citing the severe penalties for anyone responsible for committing the tax evasion offense. The authorities will investigate the matter to the fullest extent of the law, and each participant would be charged unanimously in the court, as well as the participants would be required to do time in jail, as an extension to the penalty.

Moreover, IRAS encourages outsourced accounting services Singapore businesses to disclose any potential tax mistakes to the authorities, which would serve as their alibi to mitigate their penalty at the time of investigation.