Parallel Car Importer Sentenced to 8 Months’ Jail and a Penalty of $1.6 million

Parallel Car Importer Sentenced to 8 Months’ Jail and a Penalty of $1.6 million

General Sales Tax is an indirect tax which is combined or unified. The purpose of GST lies in benefiting the country by creating a combined market at a country level. For this purpose taxes of the sort are incorporated into the machine of the country. This type of tax applies to each stage of the supply chain on the added value of the goods and services. It reduces the number of indirect taxes and is transparent to a great extent.

Even though everyone benefits from the existence of  GST, some people go against the laws and evade taxes. To ensure compliance, the government has certain specific laws to deal with those who have a willful intent to evade taxes. It is an offence which is not dealt with lightly because there is a considerable sum of money involved. Therefore governments have strict rules for those who do it. If found guilty on the charge of tax evasion offenders are made to pay a penalty fee, which is more than three times the tax amount evaded. In addition to that they may also be imprisoned for over seven years. If a firm does not have qualified professionals to keep a check on their employees, the solution to the problem may lie in outsourcing accounting services. In Singapore, the accountancy and finance sector are suffering because they don’t have qualified professionals to manage the payroll of the employees. Company incorporation also comes with corporate tax which applies to all businesses that are registered with the government. If a business faces serious managerial issues, secretarial services could be hired to ensure compliance and to have them manage problems of any nature.

IRAS has strict laws regarding taxes in general. Anyone found guilty of tax evasion is not let go of easily, and the authorities make sure they are taken to court. The punishments include a fine up to $10,000 or a penalty fee which is four times the evaded tax amount. 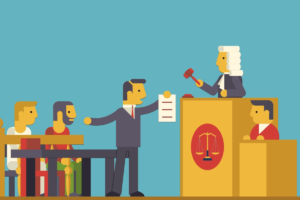 se of tax evasion is of a parallel car importer, Ang Chee Kiong. Ang is 46 years old and is a sole-proprietor. He, while documenting his tax returns, made false entries in regards to Goods and Services Tax returns with the intent of evading tax. He under-declared the total revenue he gained from sales for the years of 2010 and 2011. The amount summed up to a whopping $309,007. In addition to that, he also under-declared his income tax returns by understating the amount during the documentation process. The evaded amount summed up to $295,664 for the year of 2011 and 2012.

He was found guilty of both of these charges and was given the appropriate sentencing for these offences. Understating his tax returns for the year 2010 and 2011 the court sentenced him to pay a penalty which is three times the amount of General Sales Tax which has been evaded while also sentencing him to serve six months in prison. Whereas under-declaration of income tax returns resulted in him getting a penalty charge of an amount which was three times greater than the amount of evaded tax with an additional two months imprisonment. The penalty amount, therefore summed up to $1,684,615 with eight months of imprisonment.

GST is beneficial to society such as best accounting firm, which is why the IRAS encourages people to come forward with any information they might have in regards to tax evasion. A reward is offered, at about 15 per cent of the total tax recovered, to those who come forward with any such information. IRAS also ensure that the informants remain anonymous by safeguarding their identity.