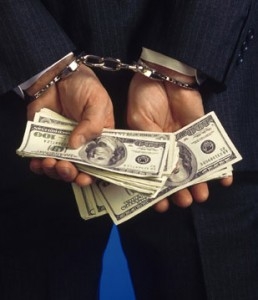 Kung Seah Lim was the second person in Singapore who is practicing CPA in Accounting services Singapore who was sentenced for tax evasion. Kung Seah Lim was charged guilty for the two charges of corporate income Tax evasion which one of his corporate services. There were also three charges remaining which were taken for consideration. The Court declared Kung Seah Lim for six weeks imprisonment and has a fine of $105,400.53 or three times of the tax amount he evaded. For the payment of the said penalty, the default sentence is for about eighteen weeks.

The delinquent tax agents also faced stiff penalties. The Inland Revenue Authority of Singapore or IRAS conducted serious interpretation for the offences of delinquent tax agents. According to them, the tax agents fully understand and have the knowledge and expertise in the tax system of Singapore. Therefore, they are expected to comply on the tax reporting responsibilities. IRAS also added that the tax agents are the partners of taxpayers in fulfilling the tax responsibilities. They must offer a tax secretarial services that is based from the existing tax laws. It is assumed that many of the tax agents are capable of delivering their duties in professional and ethical manner. It also mentions that IRAS will give preventive actions towards the agents who intentionally not declare their tax together with the undeclared taxes of their clients.

The reputation of the good and law abiding CPAs are being stained by the wrong doing of these bad CPAs. The malpractice in CPA profession must be eliminated so that the taxpayers will be properly regulated and govern to remit their taxes in rightful manners. The CPAs should act in accordance with the oath they make, to ensure that they become a good model to other CPAs whose intentions are good and would help for the common good and benefit. The taxes are the money of the people and must be used for the people, therefore every individual and businesses should properly remit their taxes based from its actual earnings.

8 weeks of jail for understating his business’s GST;