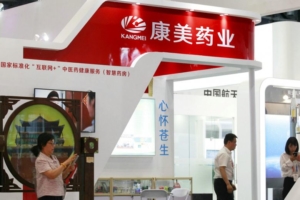 Every day, we wake up to the news of firms utilizing fabricated documents to scour a potential profit margin; however, the feds in corporate world are looking out for illicit activities and taking actions immediately.

It has come to light that one of the leading drug makers in China has procured overstated cash by 6 billion dollars, and the perpetrator of the act is being investigated under the regulatory probe for dealing with the matter. Furthermore, it was declared that the perpetrator of the illicit activity was responsible for using false transaction documents and records for facilitating the act, which resulted in the declination of the stock by 5% on a regular basis.

Moreover, it is reported by Kangmei Pharmaceuticals that the use of fabricated documents resulted in the overstatement of cash holdings by $6 billion that roughly translates into 29.9 billion Yuan. The company shifted the blame on the deficiencies and lack of authority in the internal controls and corporate governance, and they have shown an interest in sealing the matter for now.

Businesses are inclined to erroneous activities for securing a feasible outcome; however, they are expected to pay penalty once their actions are reviewed by the concerning authorities. They cannot simply ditch on the consequences to continue lining their pockets and bank accounts with illegally acquired documents. For instance, they can consider choosing outsourced accounting services to diversify their assets, and having an experienced accountant to look into the matter would help with eliminating any erroneous information that could be detrimental to the business’ reputation.

Additionally, businesses should pay attention to payroll services and secretarial services for keeping a better track on its expenditure and profit earnings. Working with the best accounting firm in Singapore is a surefire way to document information for corporate tax services, which would further eliminate the possibility of recurring any illicit documents.

Keeping the situation in mind, the Chinese securities regulators speculated that the firm took a part in fabricating bank deposits along with several other financial transactions. Furthermore, it was revealed that an accounting error resulted in the overstatement of its cash position in 2017, and the estimated amount mount up to 30 billion Yuan. The security lawyer reported that the estimated amount was rather exceptional in China.

Additionally, the regulatory parties are investigating GP Certified Public Accountants for monitoring the involvement of the company’s firm to look for any potential errors that might have led to the overstatement of the cash. It is obvious that every matter is being evaluated under a microscope, so it shouldn’t come as a surprise that the stock market would spare the investigation of the accounting firm that works for Kangmei. As a result, Kangmei has lost approximately 50% of its shares, and it is ranked as one of the poor performer on the MSCI Index.