A Former engineer in Singapore, punished for avoiding taxes and failing to register for the GST

A Former engineer in Singapore, punished for avoiding taxes and failing to register for the GST

First of all, we will discuss what all of the penalties for the non-compliance and tax evaders by the Inland Revenue Authority of Singapore are.

The penalties for non-compliances of GST Registration and Income tax

All of the business companies, all the individuals who earn incomes from their business trades, they all should carefully monitor and assess their salaries regularly if they need to comply for GST fully. If the taxable turnover has exceeded over 1 Million Singapore Dollars in the past year, the individuals have to pay the GST in the time span of 30 days otherwise they will have to face further penalties. Thus, the businesses will only have to monitor their GST taxable turnovers on the yearly calendar basis. The companies which will fail to be pay even if the little of the amount of tax, they will have to go through legal means. Failing to register for GST will be taken as the offence, and the business owners will have to pay up to 10% GST as the penalty and may be fined a significant sum of $10,000. 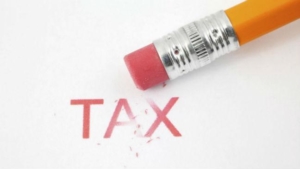 Inland Revenue Authority of Singapore is pretty severe and strict about non-compliances and especially the tax evasion. IRAS will conduct severe penalties for the tax evaders. The Taxpayers will be responsible for the declared information in their income tax returns because IRAS will never hesitate to bring lawbreakers to court. Punishments for the tax evaders will be four times the amount of tax they evaded. In the severe situations, the harsh jail terms will be imposed.

Any businessman or a regular person who will neglect to submit the required amount of return of their income, they shall be considered guilty of that offence. Those lawbreakers will be convicted to the fine of up to $1000, and, can be imprisoned for six months.

Now, to give you the latest example in which the Inland Revenue Authority of Singapore conducted their investigation on a businessman who evaded tax intentionally and after such, he had to face penalties from the IRAS. Here’s how it all happened,

A former electrical engineer, named Ng Hai Hock, owned a sole proprietorship, and the company name was NHH Consultants. He was sentenced to 6 weeks’ in prison and was ordered to pay a penalty of total $180,105.37. He was convicted when he was found guilty of not paying income taxes and also failing to register for GST. Ng paid a total of $533,504.25 in back-dated taxes to Inland Revenue Authority of Singapore.

He also had to face several other Court Sentences

For the first two court charges were on specifically income tax evasion and Ng was sentenced six weeks’ in prison. Moreover, Court ordered a penalty of $129,794.85, and that was is three times of the income taxes evaded amount.

Many company incorporation services will be available for the accounting processes of your business, hiring them will be a worthy investment.